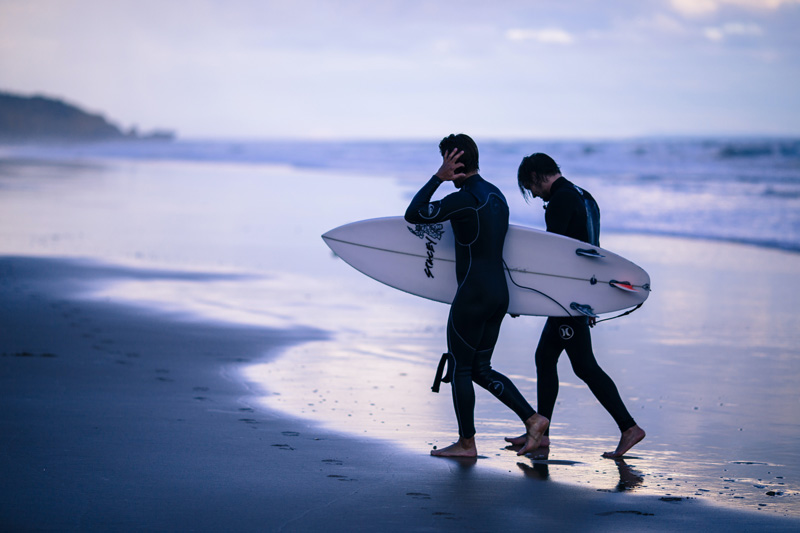 Check out our new residents guide to the region

Situated at the start of the Great Ocean Road, Torquay is a popular holiday destination. But for the residents that call this town home, it offers relaxed living by the sea where the pace is a little slower and there’s always time to catch a wave.

The Indigenous people of the Wathaurong (Wadawurrung) nation were the first to live in Torquay before the British occupation in the late 1800s. Now, it’s the largest of the towns that make up the Surf Coast region, with a population of over 13,000. A real surfer’s paradise, the town is best known for its beaches and in particular Bells Beach – a big wave beach that plays host to one of the premier surf competitions on the circuit.

While Torquay has traditionally attracted retirees, its proximity to Melbourne (100km) and Geelong (20km), has seen its popularity rise dramatically over the past few years. New developments have seen an influx of young families into the area, enticed by the slower pace of life and stunning beaches. And the wide variety of shopping, schools, amenities and local services make it easy for residents to get most of what they need without having to travel up the highway.

The summer months see Torquay’s population swell as holidaymakers, school leavers and big wave chasers all descend on the town to enjoy its sun-soaked beaches. During this time, you’ll have to work hard to nab a park within walking distance of the beach and time your trip to the supermarket around the weekly influx of tourists.

But for the rest of the year, the town settles into a slower, more relaxed pace as the local feel returns.

As you’d expect from a seaside town, there’s an abundance of fish and chip shops and ice cream parlours. But Torquay also offers plenty in the way of gorgeous cafés and restaurants that give Melbourne a run for its money.

Tucked under the Esplanade’s towering Norfolk pines, Frontbeach is the place to go for bistro fare, while Bob Sugar delivers an Asian-inspired menu for lunch, dinner and cocktails.

Join the other locals on a walk (or jog) along the famous Surf Coast Walk trail walk and take in picturesque views across the Bass Strait as you navigate the winding coastline. The walk itself stretches for 44km from Torquay’s Point Impossible through to Anglesea, with plenty of options to step onto and off the trail along the way. Locals also flock to the lesser-known Spring Creek Nature Reserve Trail to get a dose of the bush.

If underwater sights are more to your liking, there’s plenty of snorkeling and diving on offer, from shipwreck sites to marine conversation areas.

And, of course, you can do as the locals do and take to the swells at one of the many surf beaches in the area or walk the take the lesser trodden Spring Creek Trail

The upgraded Surf Coast Highway means residents can commute to Geelong by car in around 30 minutes while getting to Melbourne takes around 90 minutes away by road. Train services also service city commuters, with the V-Line operating from nearby Geelong, Marshall and Waurn Ponds stations.

Make your move to Torquay smooth-sailing with a trusted mover that knows the local area. Whether moving from around the corner or making a seachange from Geelong or Melbourne, we can help.